Serving the Students of Northwest Florida since 1967

The History of PAEC 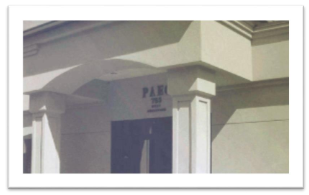 Our Vision
Advancing Schools and Communities for Student Success

Tag Line
Every Student, Every Day

The Panhandle Area Educational Consortium, known as PAEC for 50 years, is a regional educational service organization owned by its member school districts and recognized in Florida Statute 1001.451. Created in 1967 by the school districts of Bay, Calhoun, Franklin, Gulf, Holmes, Jackson, Liberty, Walton and Washington in northwest Florida, PAEC is Floridas first regional educational service agency established as a non-profit, non-regulatory organization to provide cooperative, educational services. The consortium is operated through the PAEC Board of Directors, composed of the school superintendents from the member districts and Washington County School Board, a member district, serves as its District of Record.

PAEC grew from an early recognition by school district superintendents that they could achieve better results for their students by working cooperatively. Long before PAEC was created, individual counties in the Panhandle area were cooperating in areas of mutual interest, such as shared media centers, testing programs and special education. Jackson and Holmes counties, Washington and Bay counties, and Calhoun, Franklin, Gulf and Liberty counties shared cooperative film libraries, for example.

In 1959, the Chipola Area Education Project (CAEP) was formed as a result of a NDEA, Title V Grant. This project was established to improve testing, evaluation and guidance services among the following member counties: Calhoun, Gulf, Holmes, Jackson, Liberty, Walton and Washington. Early in 1967, talk began about further cooperation among the CAEP school systems. Under the leadership of Jackson County School Superintendent, John Dekle Milton, a meeting of the school superintendents from the seven counties that made up the CAEP was called, and representatives from Bay and Franklin counties were invited. At this meeting, a plan was formulated for what became the Panhandle Area Educational Cooperative. Nine counties joined together to write the proposal for funding under ESEA, Title III. In July 1967, the proposal was approved, and a grant of $103,000 was awarded; thus, the Panhandle Area Educational Cooperative was born. During 1967-68, other supplemental educational centers for rural areas in Florida were funded. However, PAEC is the only originally funded regional educational center that survived.

In early 2016, PAEC assembled a group of stakeholders from member districts and various roles within the organization to create a revised mission/vision to guide the organization into its second 50 years of regional leadership. This framework will guide our work as our organization continues to grow, lead, and anticipate the changing needs of our districts. In the spring of 2017, PAEC was accredited by AdvancED as an Educational Service Agency.

Today, PAEC continues under the leadership of its Board of Directors. Its member districts include Calhoun, Franklin, Gadsden, Gulf, Holmes, Jackson, Jefferson, Liberty, Madison, Taylor, Wakulla, Walton and Washington counties and the Florida Agricultural & Mechanical University (FAMU) Developmental Research School. The key to the organization and its success continues to be that the responsibility for the consortium is placed directly in the hands of the school superintendents of the districts it serves.